Photographer Carly Clarke’s raw and personal photo-documentary about her brother Joe, diagnosed with Hodgkin Lymphoma in 2018. 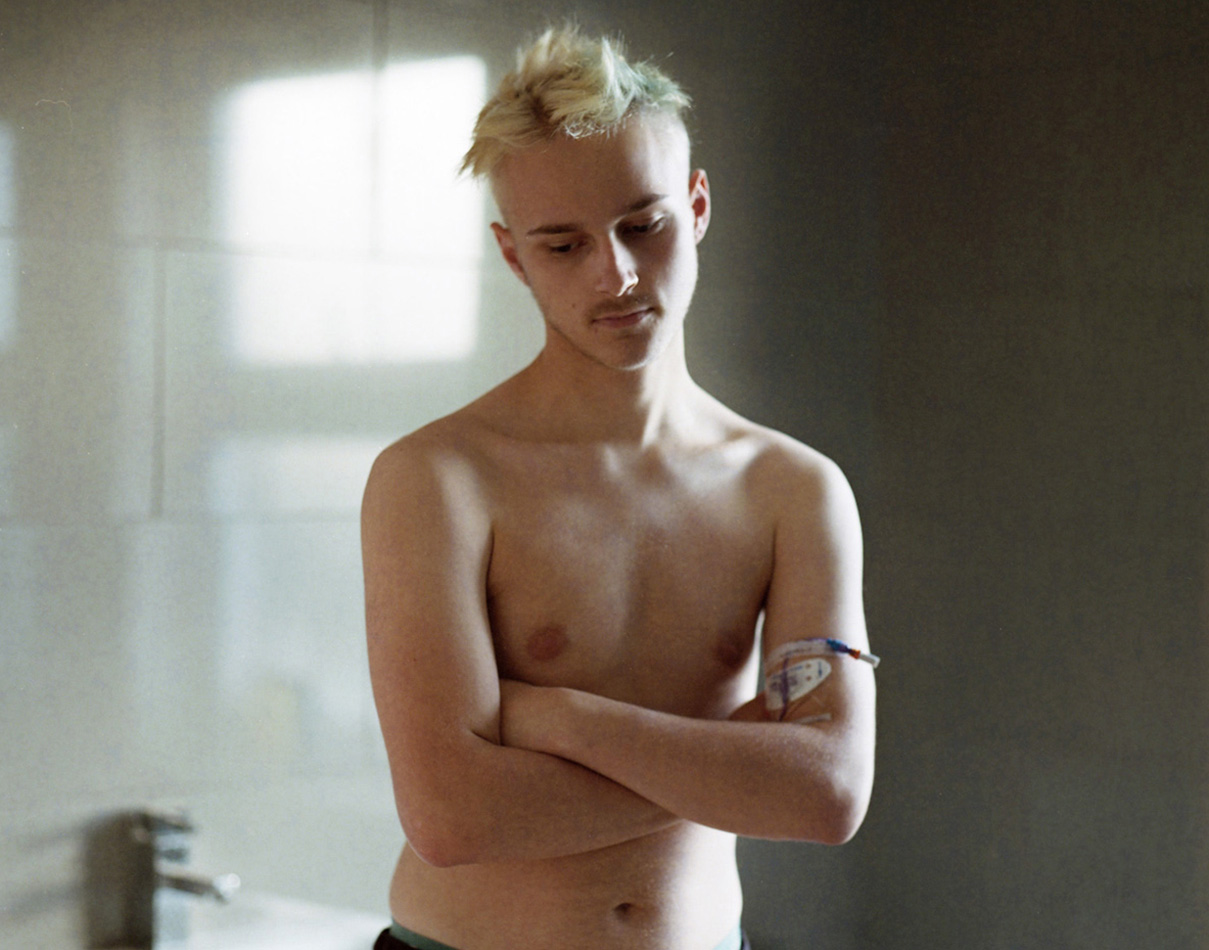 ‘In the Blood’ is a photo-documentary about my brother Joe, who was diagnosed with Stage 2B Hodgkin Lymphoma in 2018 just after finishing his GCSEs at the age of 16. He had suffered with intense itching all over his body and had started to lose weight rapidly. Originally this was diagnosed as a skin condition and he was given some cream to treat it. However, after nearly two years of repeatedly going to doctors and A&E, he was finally given a diagnosis of Hodgkin Lymphoma on our mother’s birthday in August 2018.

He started his trial chemotherapy on 23rd September 2018 and underwent treatment for four months using two different types of chemotherapy, finally finishing on the 9th January 2019. He then had a reassessment scan on the 22nd February where it was discovered that the cancer had refracted and not completely gone away. He was re-diagnosed on the 4th March and would start another round of chemotherapy treatment on the day his second PICC line was inserted. He then underwent intense ABVD and ICE chemotherapy in April, followed by an autologous blood stem cell harvest which would eventually be used in 2020 for a stem cell transplant.

Documenting Joe’s journey has been particularly interesting for me as a photographer since I had already documented my own treatment for Stage 4B Hodgkin Lymphoma in 2012, when Joe was only eight years old. These are an unusual pair of projects given the rarity of siblings being diagnosed with the same blood cancer.

This series looks at Joe’s resilience in dealing with the issues all cancer patients face while going through the side effects of chemotherapy, such as infections, hair loss and extreme fluctuations in weight which can have such an effect on your self -image. And yet, through it all, I was so impressed with Joe’s strength of mind in coping with such a life-changing experience at such a young age. 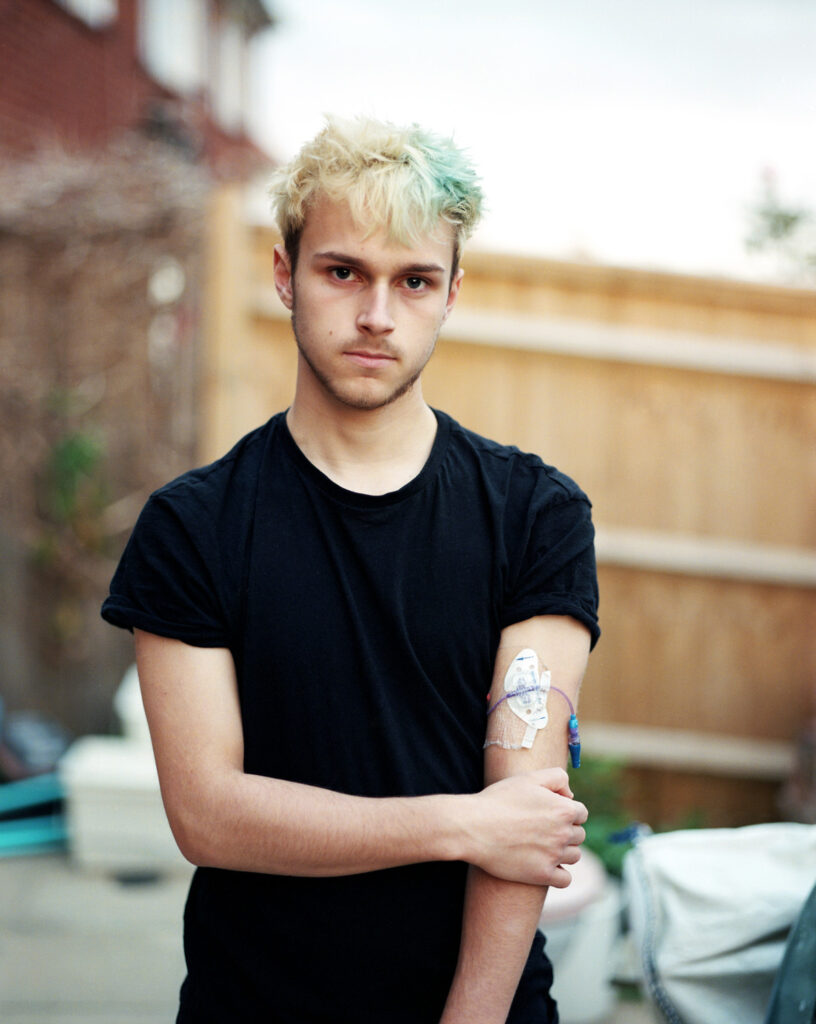 Joe dyed his hair blonde and multiple colours when he found out he was going to lose it from the chemotherapy. He had a PICC (peripherally inserted central catheter) line fed along a vein in his arm and ending just above his heart. This is a standard procedure for the delivery of chemotherapy and usually stays in place for the duration of treatment which can be many months. 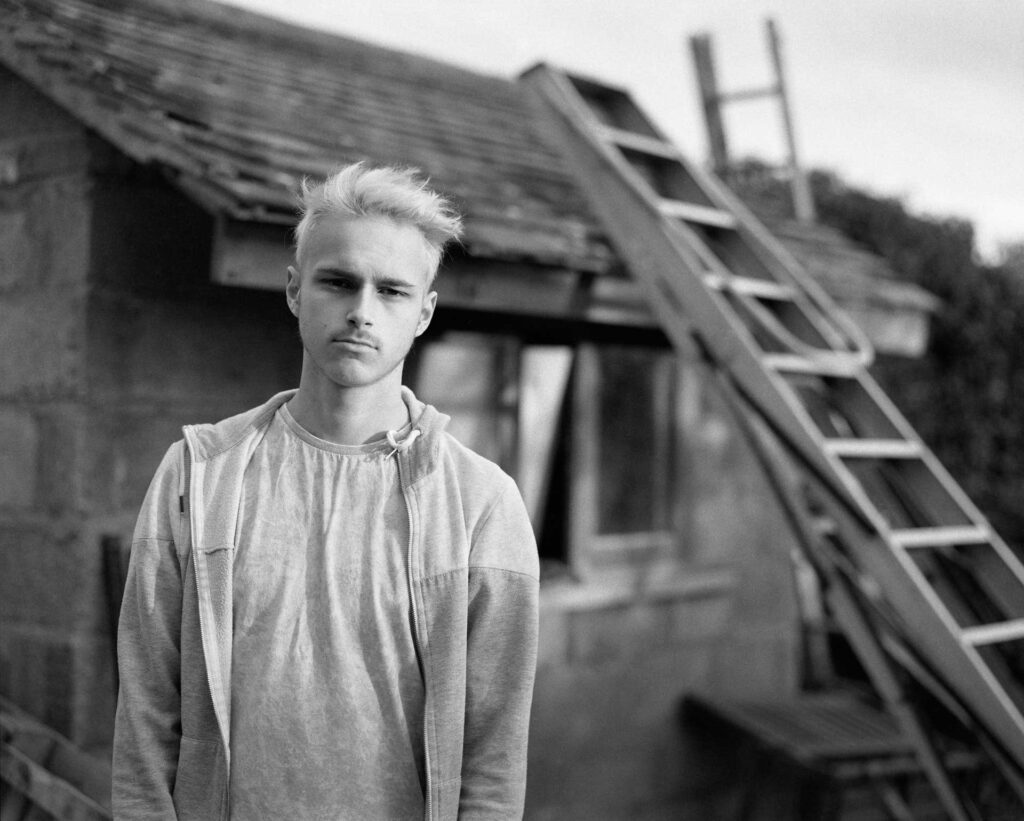 Joe before the chemotherapy started to have physical side-effects and before he started to lose his hair. 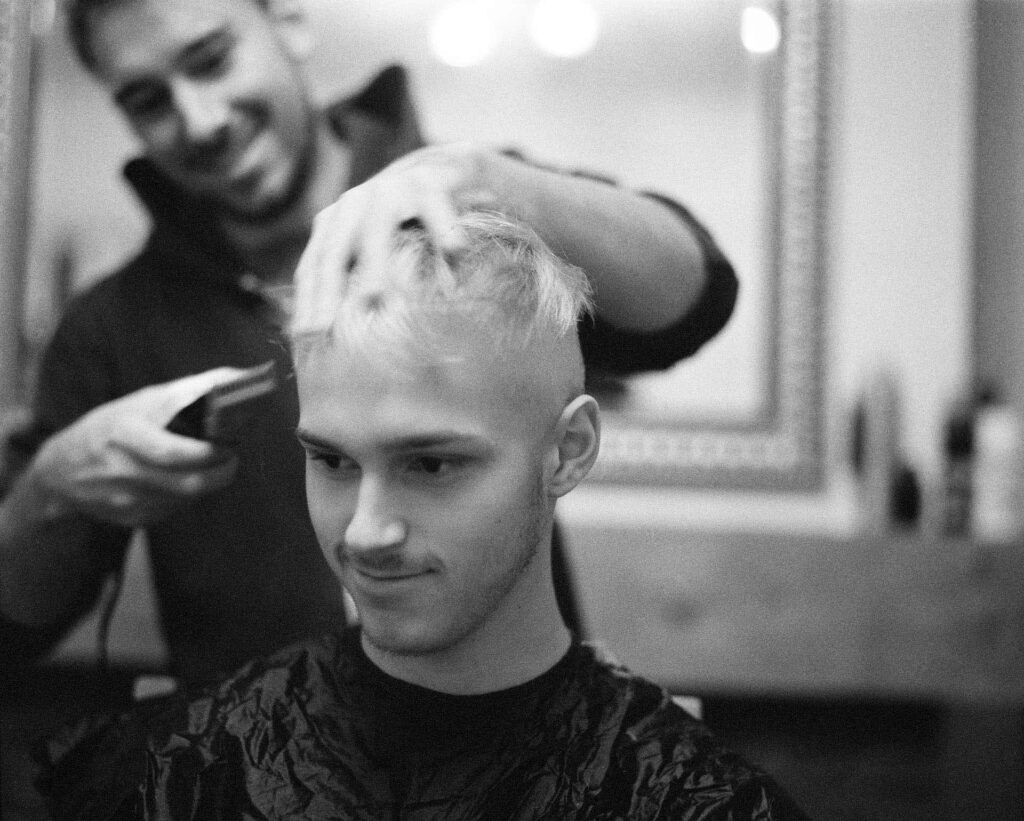 My brother Ben shaves Joe’s hair off at home. 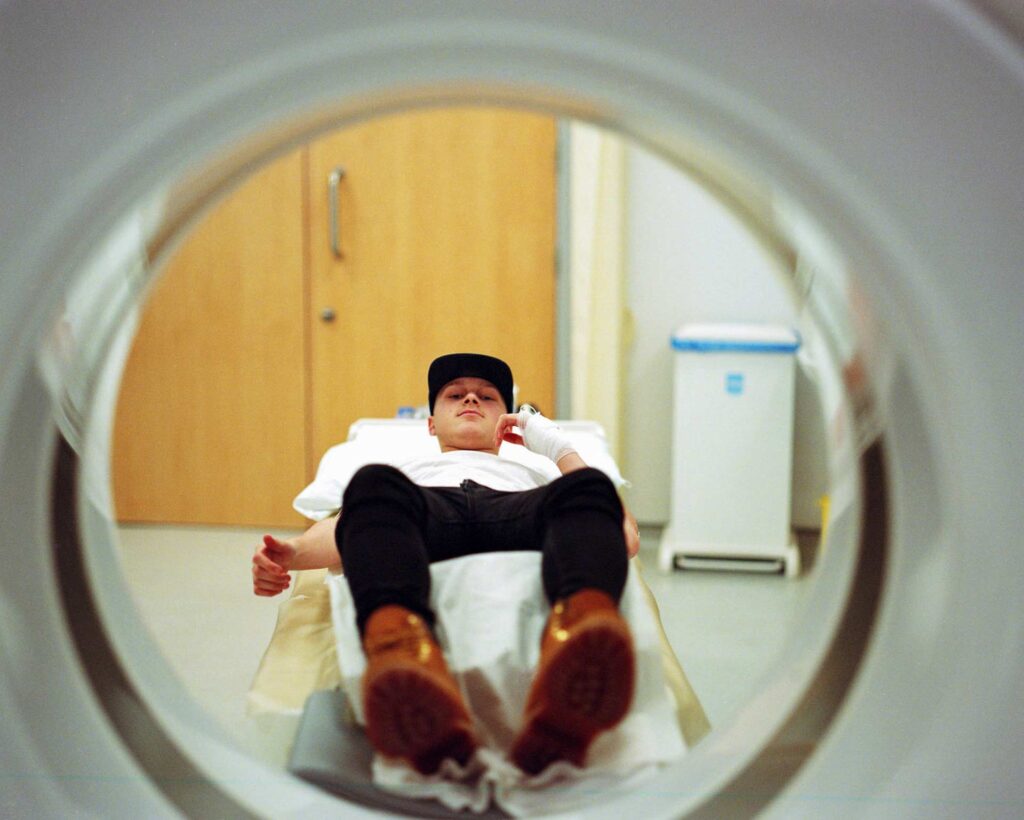 November 2018, Joe having a CT scan after his first chemotherapy treatment had finished to look at the progress made since he began OEPA chemotherapy a few months previously. Scan days were always quite an occasion, but this particular one even more so because this is where he found out the tumor had gone and there was no active disease. 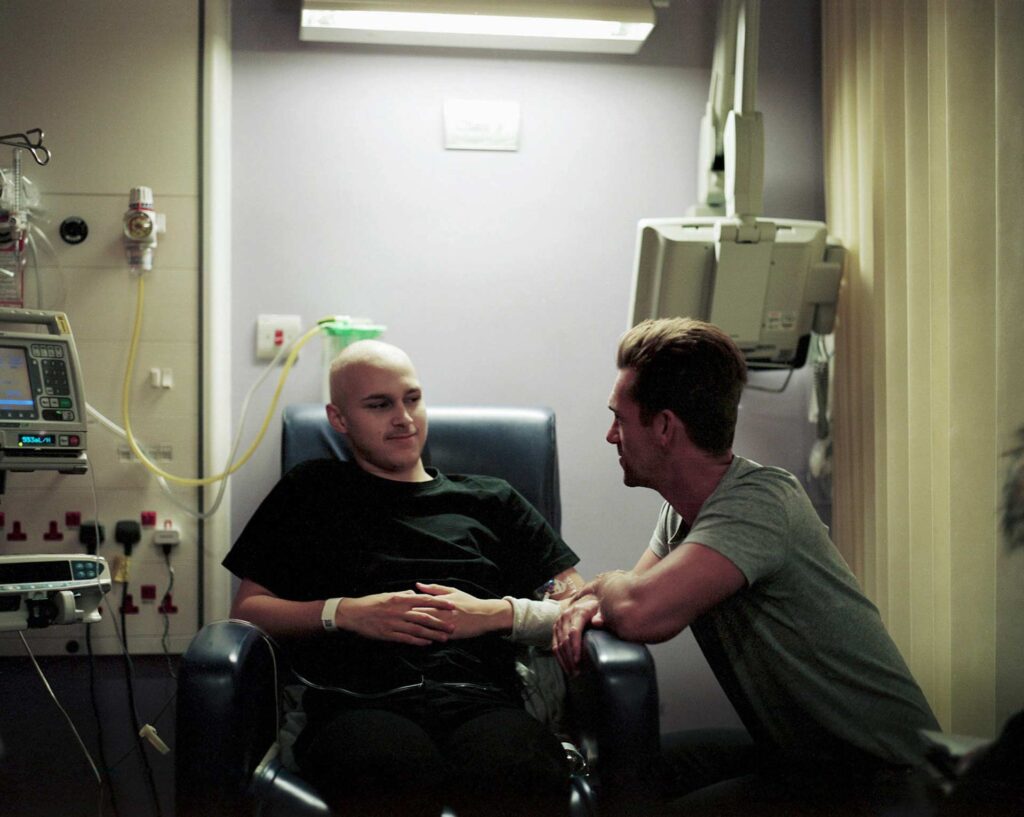 January 2019, my brother Lee talks to Joe in hospital, while he was in for several hours having chemotherapy. Many of the family would accompany Joe during these lengthy treatments. 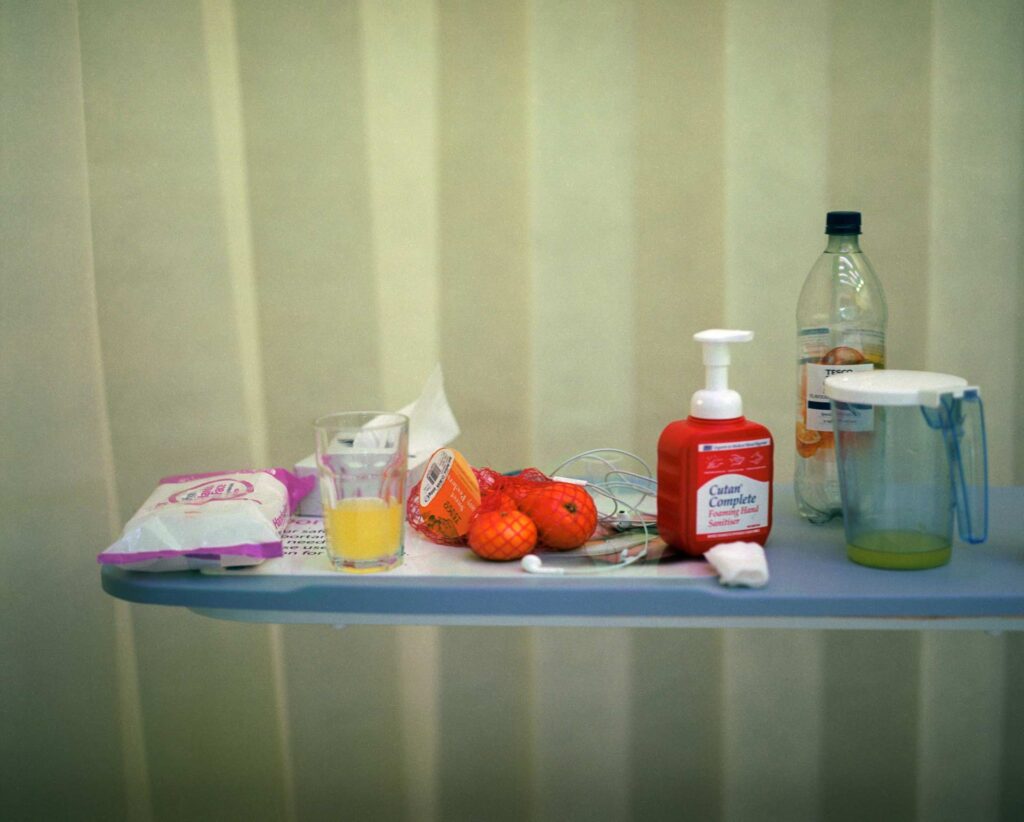 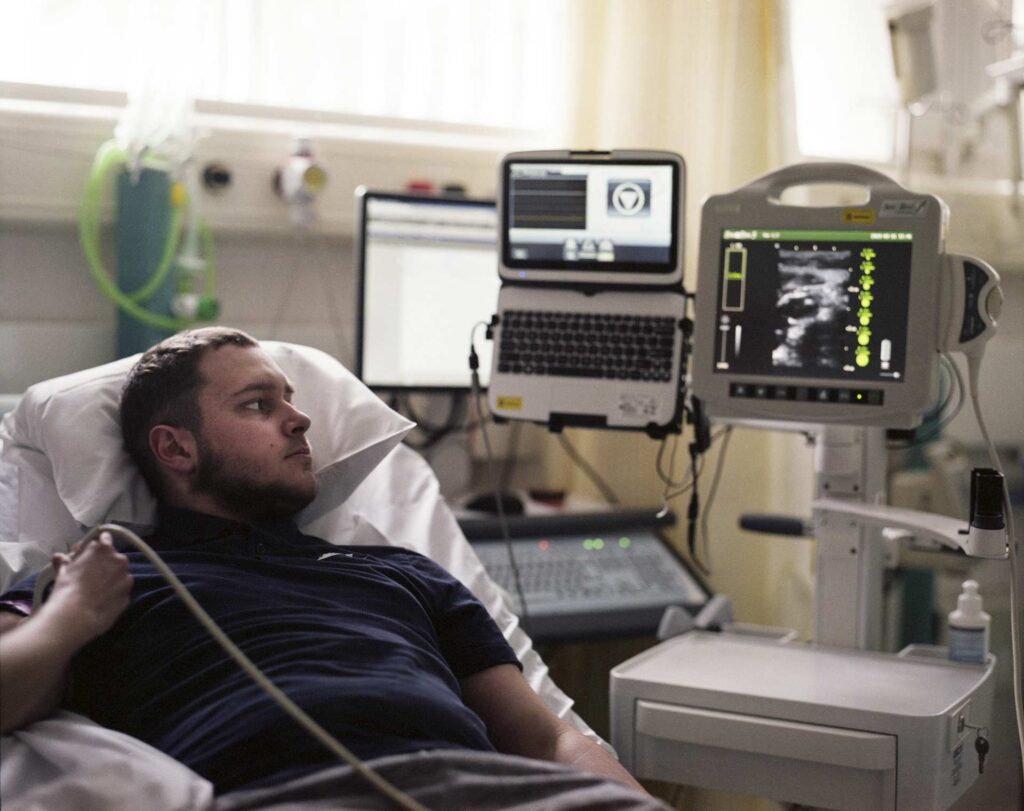 Joe watching the screen while the doctor looked for a suitable vein to insert the PICC line into. 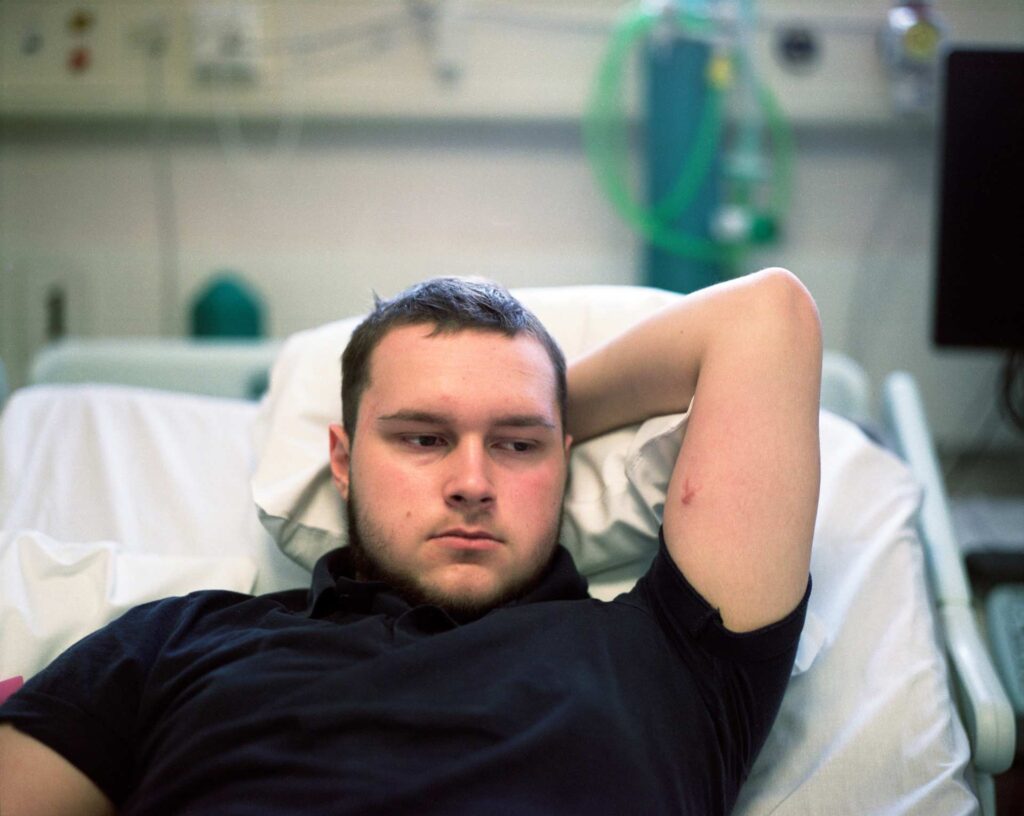 Joe’s hair had begun to grow back when he had to start another round of treatment. He had been looking forward to recovering and his scar from his previous PICC line shows on his left arm. 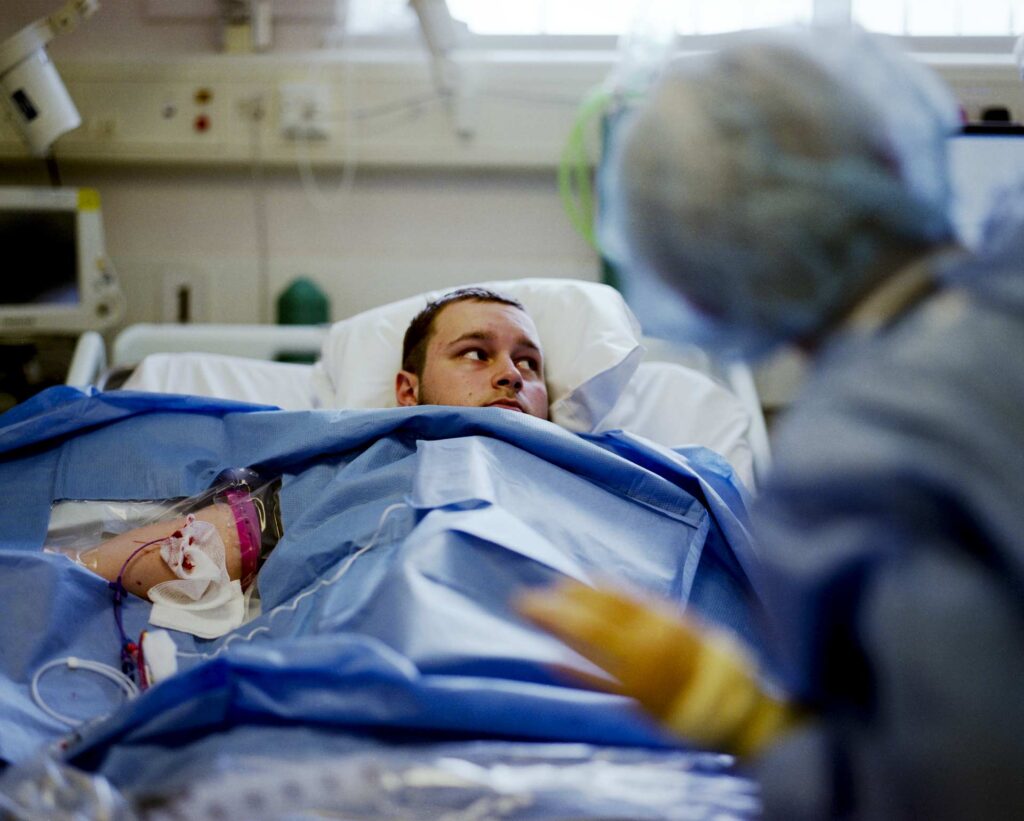 15th March 2019, Joe started a new regime of ICE chemotherapy treatment, so he needed to have another PICC line put in. He then stayed in hospital for two weeks and I accompanied him for the duration of his stay.

Chemotherapy bag (Dacarbazine) as part of ABVD regime. The chemotherapy was always brought with a bag covering the drug, as it is light sensitive and also needs to be made up specifically for each session. 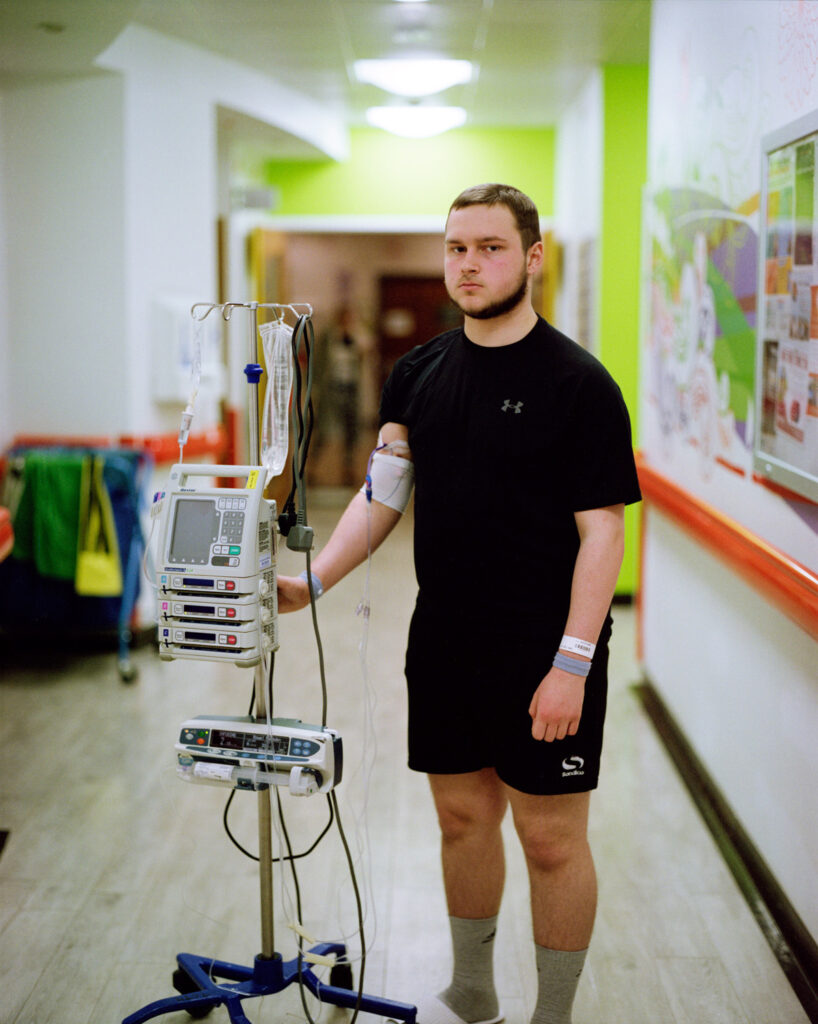 Joe having IEP chemotherapy. In March, Joe had to begin the rigorous chemotherapy called IEP (Ifosfamide, Mesa, Etoposide) while also having intravenous fluids for 24 hours a day. 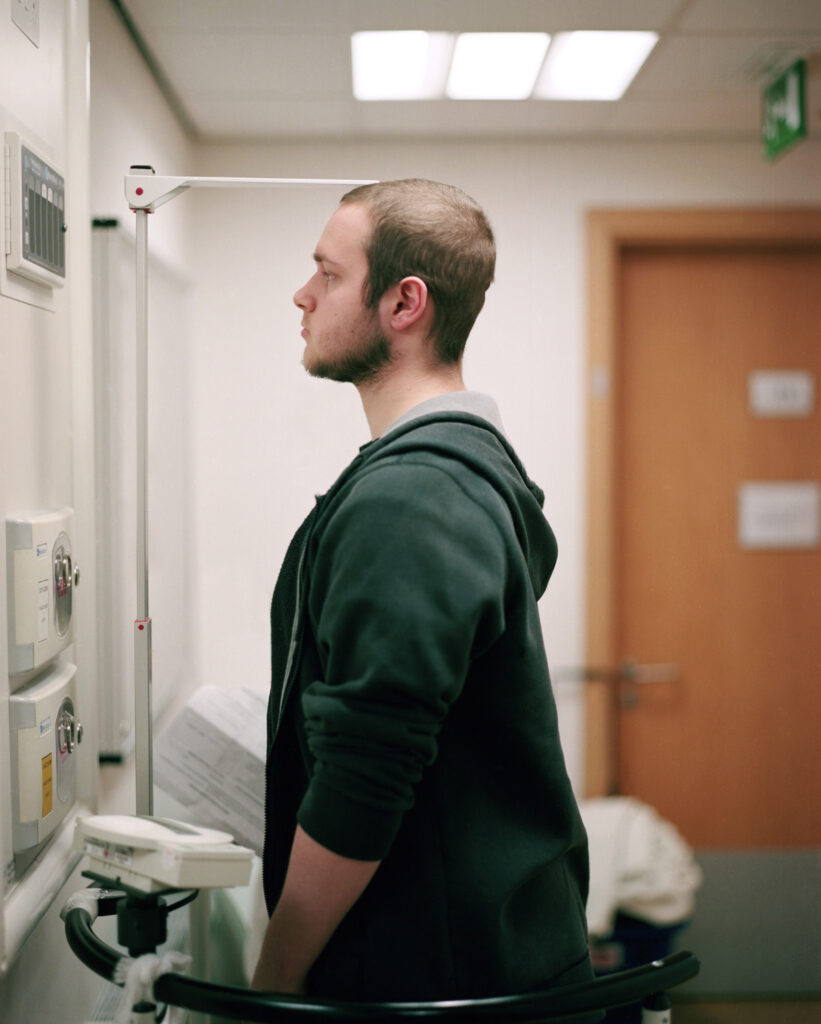 Joe would have his weight and height checked often throughout chemotherapy. 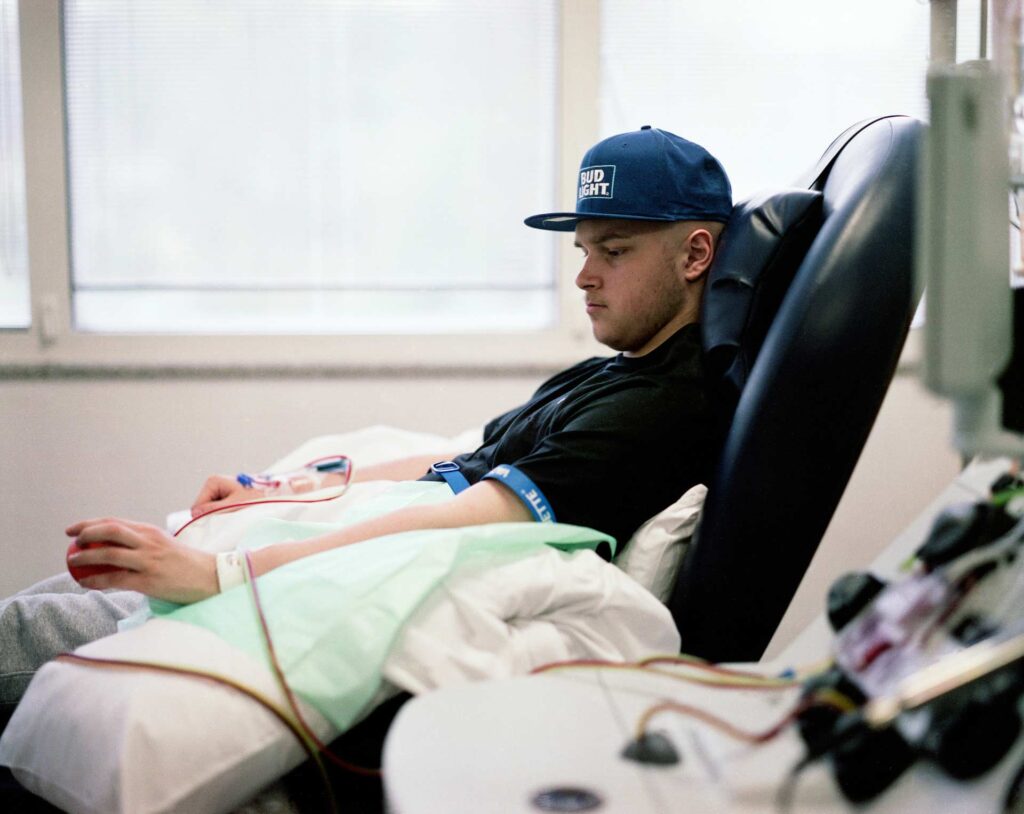 Joe started an autologous stem cell harvest on the 8th of April 2019. During the day 4.7 million cells were harvested in a complicated procedure which involves removing blood and separating off the stem cells. These would be frozen and returned at a later date to the body after high dose chemotherapy, which depletes the stem cells in the bloodstream. 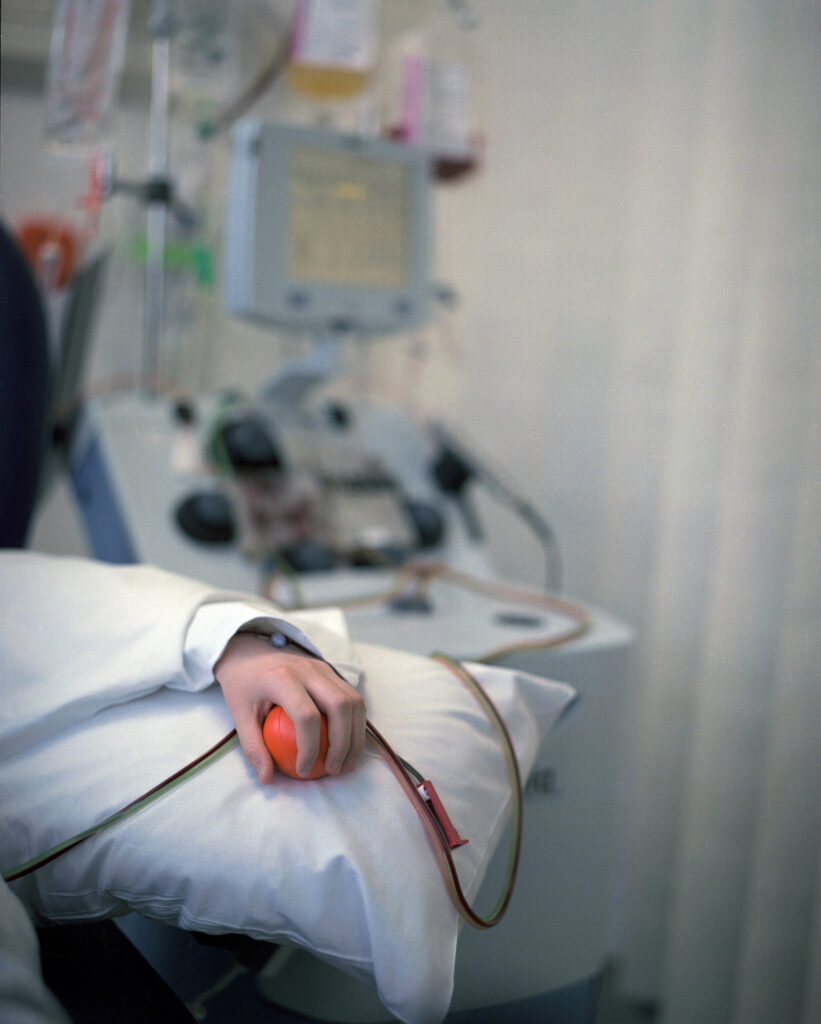 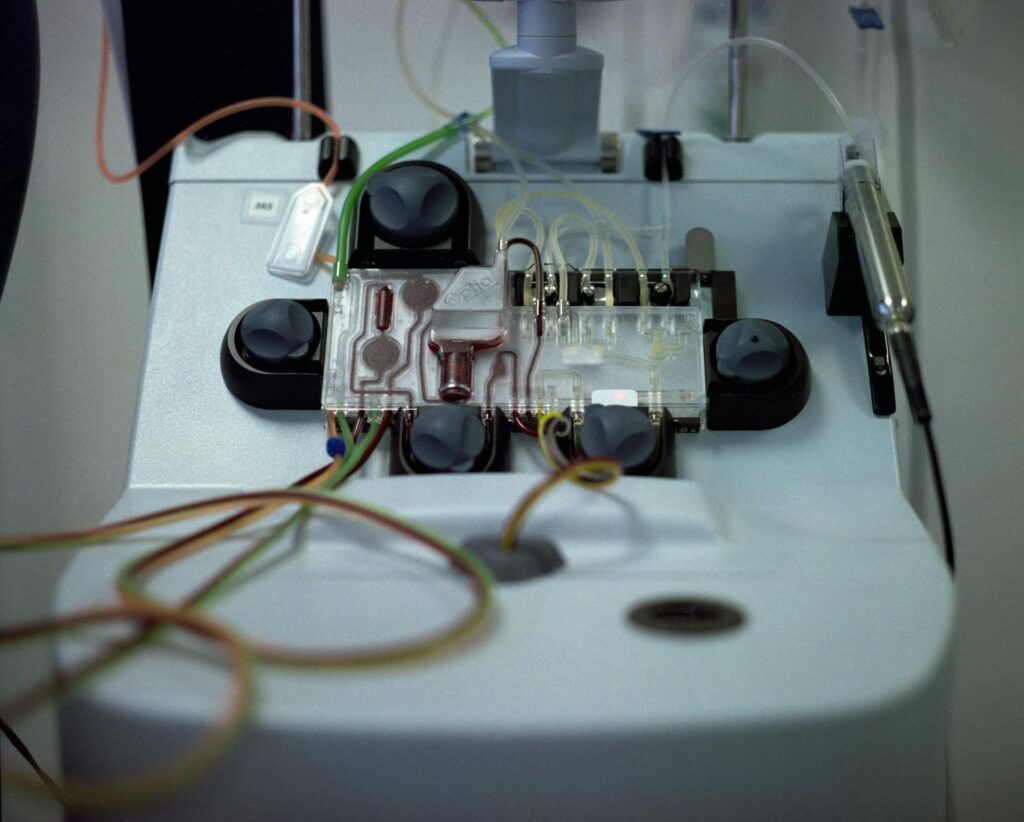 Stem cell harvesting machine to separate stem cells and plasma from the blood. 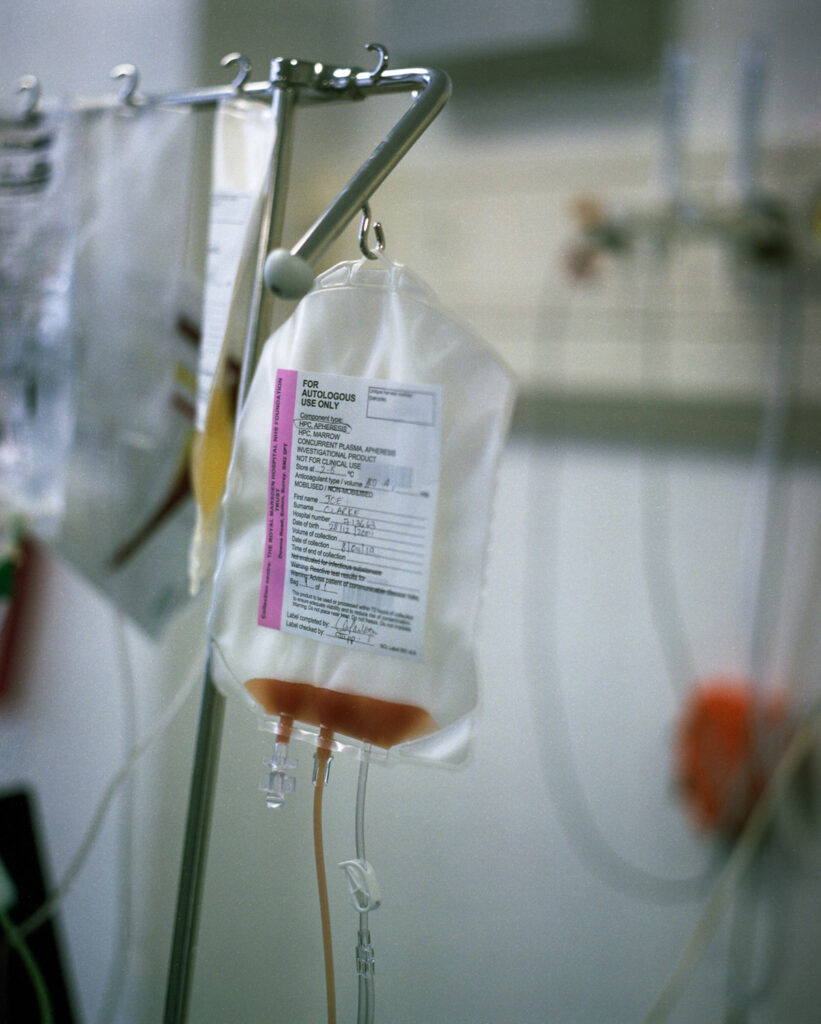 The yellow bag shows the separated harvested plasma, while the other red bag in the foreground shows the stem cells collected. 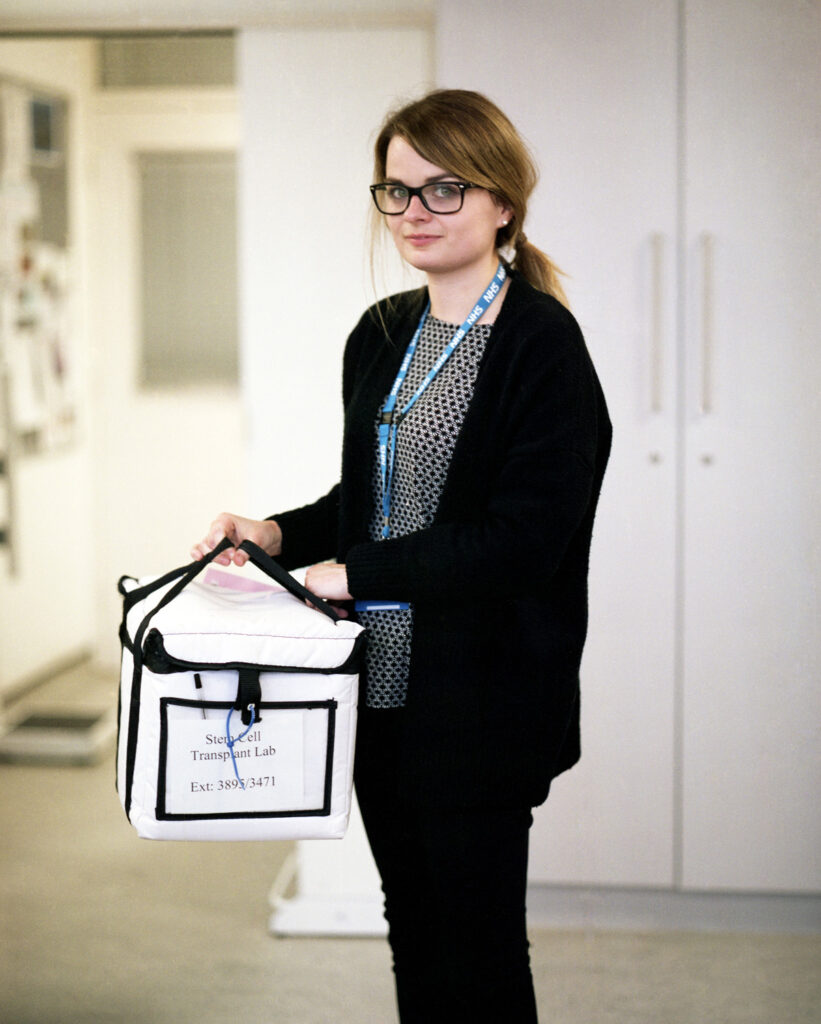 The stem cells which were harvested are taken down to the lab to be frozen until the stem cell transplant begins. 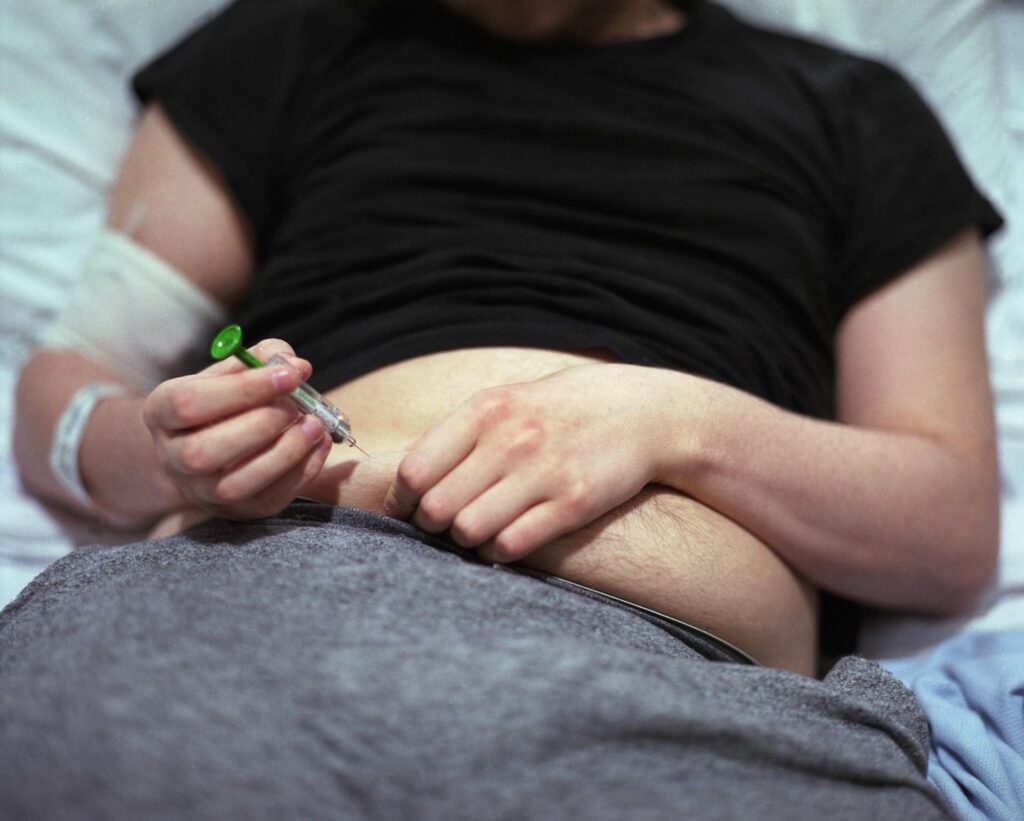 Joe injected G-CSF (granulocyte-colony stimulating factor) into his stomach himself as a treatment to prevent neutropenia. It is often used during chemotherapy to stimulate the bone marrow which then creates more blood cells. 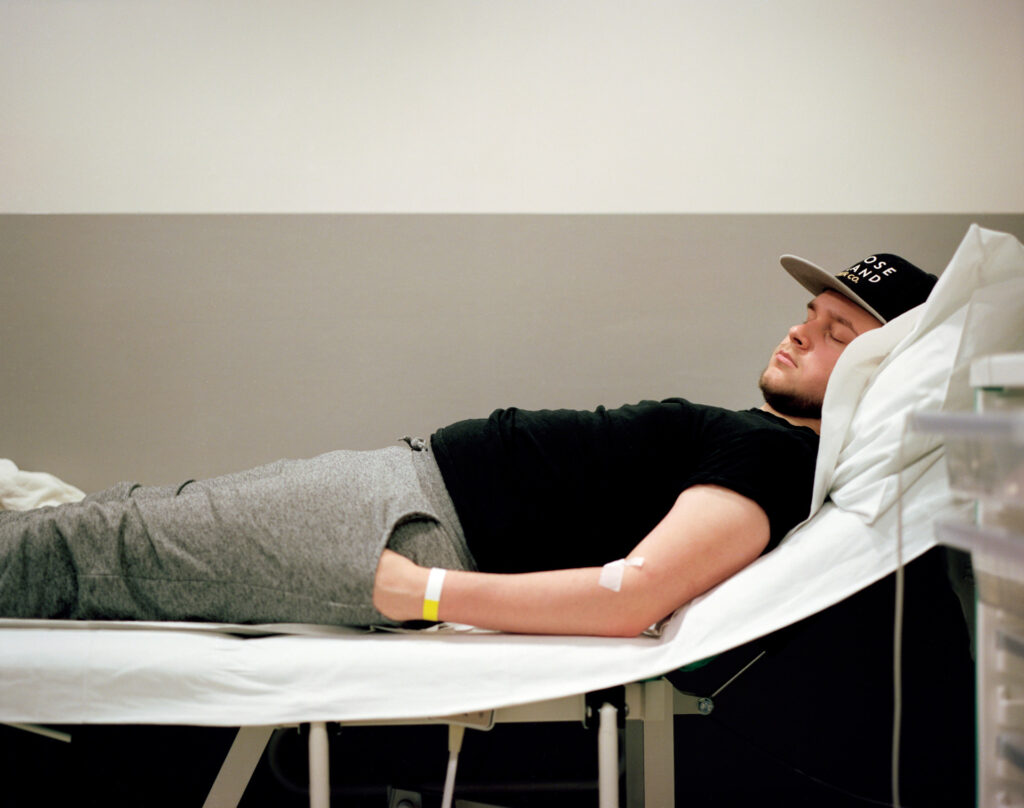 Joe rests in the waiting room for another PET scan. He was injected with a radioactive substance which needs about an hour to sink into the body so he stays still and rests. This type of scan can detect cancer cells in the body and are used sparingly throughout cancer treatment. 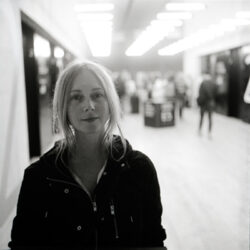 Carly Clarke is a social documentary photographer. Her work mainly focuses on social and political issues that otherwise might go unnoticed. She primarily shoots with medium format film for long-term projects. Storytelling through the voices of people she photographs is key to her work. 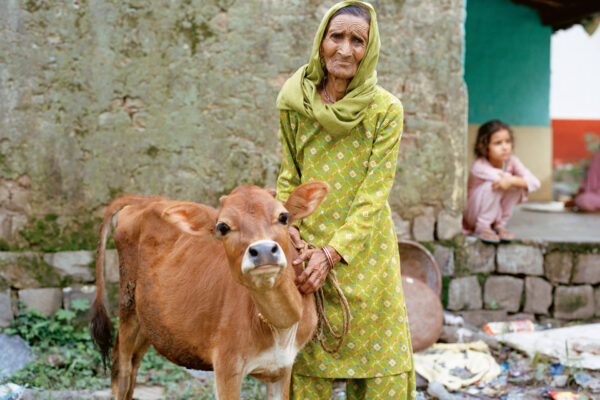 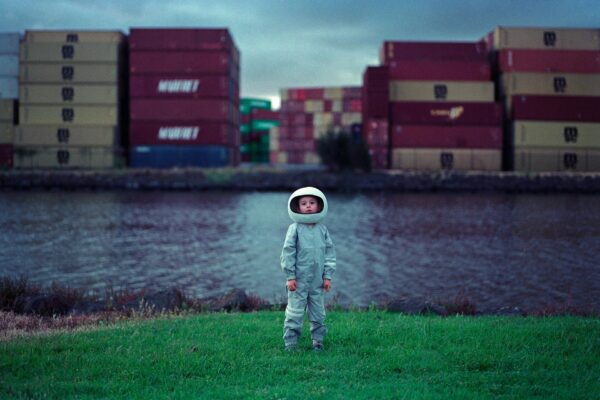 Andrew Rovenko’s keepsake of strange times, when the big world was shut down, but many beautiful small worlds were discovered. 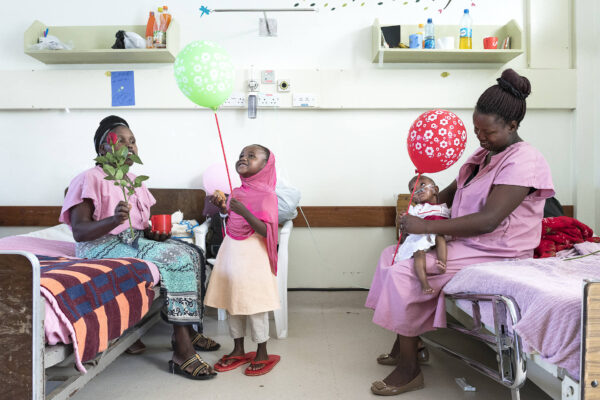 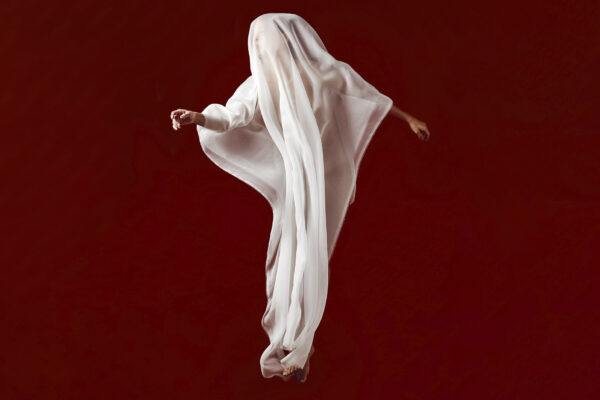 Steve Korn’s Ghosts captures the awe of a dancer’s ability, the aesthetic and questions of form, line, colour, and culture and why they mean something to all of us.

Photographer Steve Korn’s beautiful portraiture that allows us to realise we are all the same, all individuals.